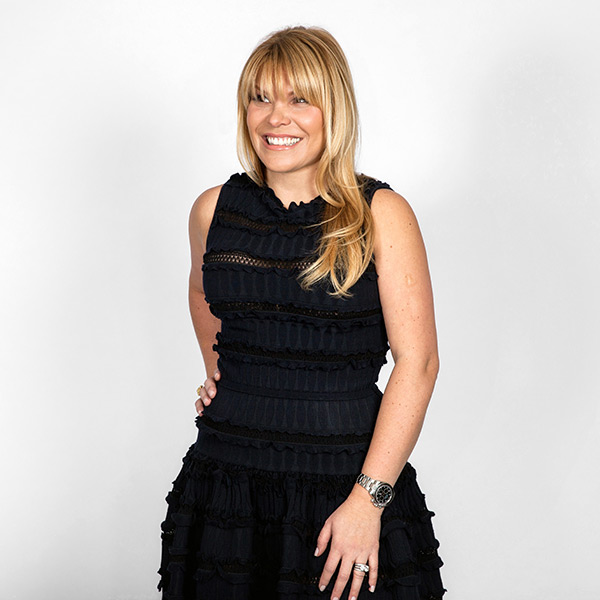 Marisa Marino is a gifted creative, and an award-winning entrepreneur. Born in Angola, Africa, Marisa and her family resided in Lisbon, Portugal, and the Azores before moving to America and settling just south of Boston. Marisa has been a Back Bay resident since 1992 when her unique perspective, talent, and drive brought her to The Cox Goodliss Salon. It was there that Marisa took note of the ins and outs of salon ownership, and honed her creative skills. On November 1, 2006 she realized her dream of owning her own Newbury Street salon retreat, and Stilisti opened its doors.

Since its inception, Marisa consistently grew Stilisti while personally earning numerous professional accolades and awards. Despite the long list of magazine features in publications such as Allure, Lucky, and Modern Bride, along with repeated Boston's Best awards, Marisa is perhaps best known throughout the city for her tireless mentoring of new, young talent. Marisa's investment of time and resources in personal coaching and professional development, while maintaining a completely full client list is one of her most celebrated and respected attributes. For this reason and more, an entry-level position at Stilisti is one of the most sought after salon jobs in the city.

Despite Marisa's full schedule, she makes sure Stilisti clears its schedule to participate in impactful community causes. Marisa is a business owner making a difference by serving on Boston Children's Hospital HairRaising Committee (since 2009), and opening Stilisti as a host salon for the day.

Marisa's upbringing combined with her extensive world travel, gives her a unique perspective, and diverse ideas of what is considered beautiful. Her creative talent combined with her business acumen and generosity of spirit are responsible for Stilisti's hundreds of loyal clients, and its top-tier position among Boston's Best.

Philosophy: I was born in Angola, Africa and subsequently lived in Lisbon, Portugal and the Azores before settling in the U.S. Although I consider myself 100% American, I have never lost touch with my European upbringing. I believe that having the exposure to so many diverse ideas of what is considered beautiful allows me to see each person's natural beauty and magnify it. I truly believe that with color and a great cut we can transform more than just how we look, we can transform how we feel and how the rest of the world reacts to us.

A 24 hour notice is required for all cancellations. A $100 cancellation fee will be charged if less than 24 hours notice is provided. 100% of the service booked will be billed in the event of a no show with no call. Appointments made same day are subject to the same guidelines.
Home   |  Careers   |  Contact Us   |  Reviews   |  Parking Information   |  Blog   |  Privacy Policy   |  Terms of use
Copyright © Stilisti Boston. All Rights Reserved. Powered by DreamingCode